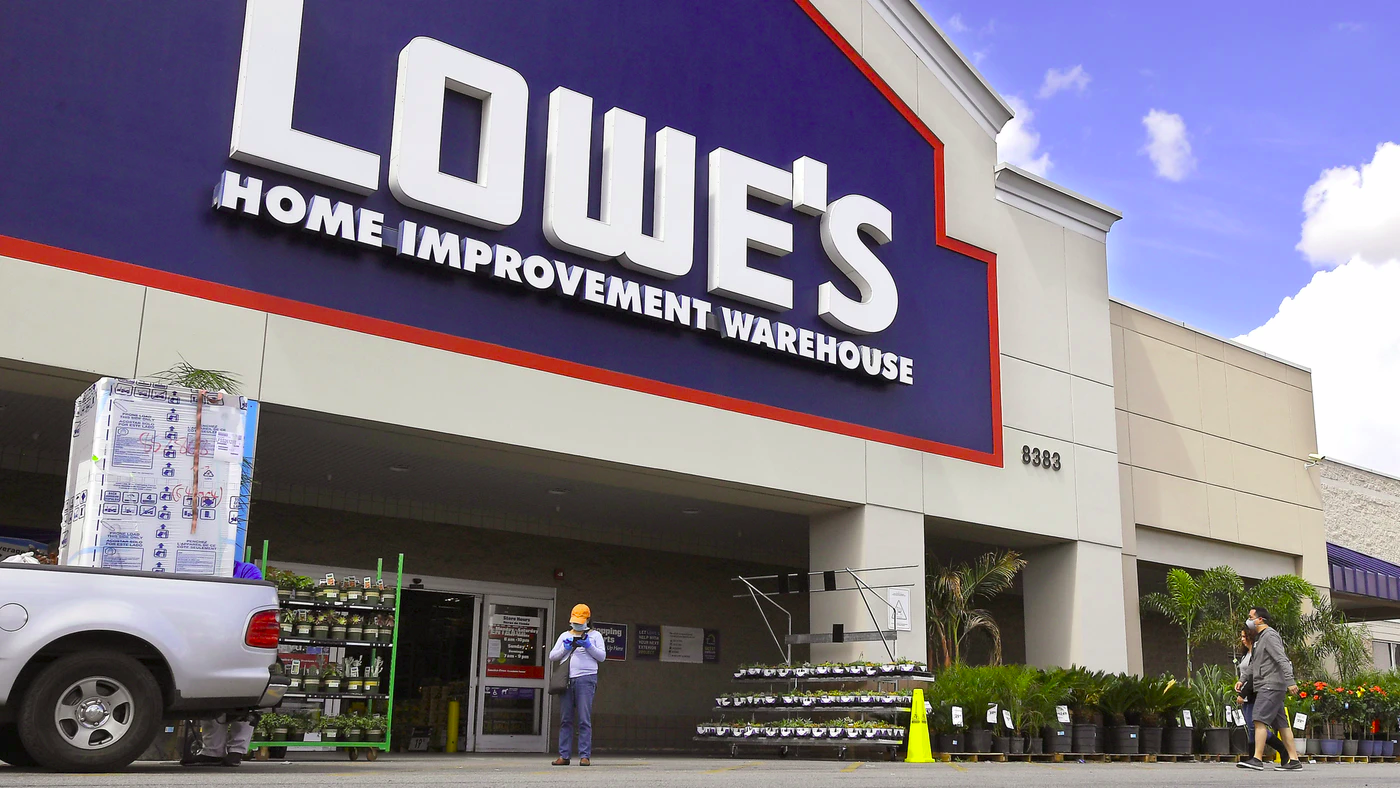 Lowe’s Overhauled E-Commerce Pays Off During Pandemic – Lowe’s Cos.’s move to revamp its outdated online business in recent months paid off in the first quarter, as shoppers shut in because of the pandemic shifted to online services for supplies for their do-it-yourself home projects.

The nation’s second-largest home improvement retailer behind Home Depot said quarterly online sales increased 80%. Lowe’s had planned to offer curbside pickup services next year, but the pandemic accelerated those efforts and it launched the service in three days.

Meanwhile, the company’s comparable sales for the U.S. home improvement business increased 12.3% in the quarter ended May 1. Marvin Ellison, Lowe’s CEO, said that business got a boost also from shoppers using their stimulus checks on major appliances like refrigerators and washing machines.

“In late February, we shifted our priorities in response to the COVID-19 pandemic, and immediately focused on how best to serve the needs of our communities during this unprecedented time,” said Ellison in a statement.

Lowe’s report followed Home Depot, which also saw a surge in spending on cleaning products and home improvement items. But retailers’ costs related to the pandemic are soaring. Lowe’s spent $340 million in virus-related costs in the first quarter, including bonuses and higher temporary pay for workers. The Mooresville, North Carolina-based chain made two special payments of $300 for full-time hourly associates and $150 for part-time hourly associates to help with unexpected expenses, totaling approximately $145 million. It also increased pay by $2 per hour for the month of April for front-line associates.

Ellison said that as the economy reopens in a slew of states, it’s seeing sales increases in its professional and do-it-yourself businesses that are tracking higher than that of the overall company’s. He says he will be watching this trend closely.

Ellison, a one-time Home Depot executive who took the top job at Lowe’s in 2018, has been trying to reshape the culture at Lowe’s, which had been a distant second to Home Depot in the sector for a while. Ellison has focused on getting Lowe’s back to the fundamentals of retailing, like making sure the right items are in stock and improving customer service. The company has also been updating its website. Another feature: customer will soon be able to check out with one click. Items that tend to go in the same room or same part of the house will be listed on a single web page.