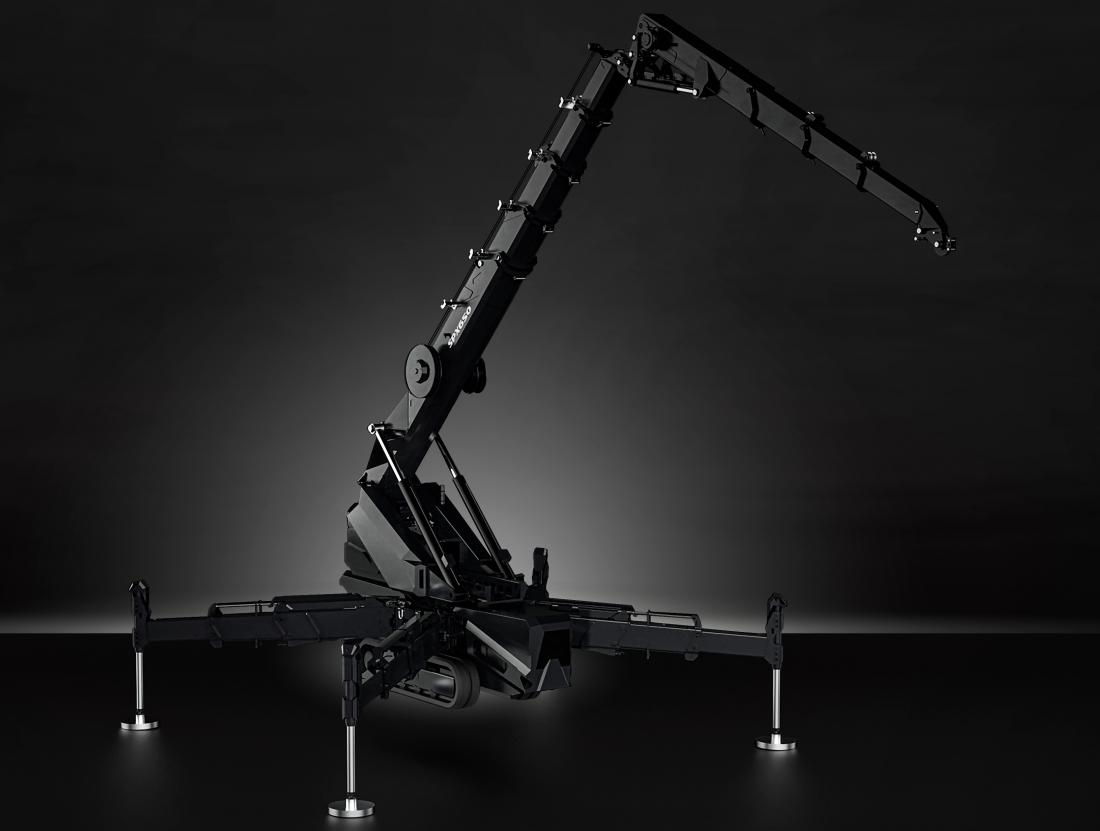 Jekko will launch an all new spider crane later this summer, the five tonne SPX650.

The new model incorporates the manufacturer’s latest innovations from the recently launched 3.2 tonne SPX532 and eight tonne SPX1280 which was unveiled in November. The company has not yet released the full specifications for the SPX650, but we do have some of the basic information on the new model.

The SPX650 features a five section telescopic main boom and is also equipped with a four section 1.2 tonne capacity hydraulic luffing jib, while a short new two tonne jib is also available. The maximum tip height is 23.5 metres. When not required, the jib can be removed completely or stowed under the main boom with hook block in place allowing for it to be deployed without the need for further rigging. The SPX650 also includes the new variable outrigger set up system with automatic sensing and load chart calculation, that was launched on the SPX1280. The two stage swing out outrigger beams can be set up with a minimum footprint of 2.9 metres square or a maximum of 4.5 metres square. The new crane also uses the new hydraulic system from the SPX1280 with fully simultaneous operation of up to four functions.

All crane functions and accessories can be operated from the standard remote controller which incorporates a new intuitive user interface. The new crane will be launched as a lithium battery powered model, with a diesel powered unit coming in the new year, which can be paired with a single or three phase AC mains powered electric motor.

The company originally planned to unveil the new machine at this summer’s trade fairs – which have of course been postponed – so it will now launch the SPX650 via a live streaming event in July, with deliveries due to start later in the year.

Export sales manager Alberto Franceschini said: “The SPX650 aims to further expand our range of mini cranes, bridging the gap between the SPX532 and SPX1280 in terms of maximum lifting capacity. This is yet another challenge won by Jekko. The extremely positive results obtained by the SPX532 and SPX1280 models confirm that the solutions we have proposed so far meet the needs of our customers with their features of versatility, high-performance combined with compact dimensions, small stabilisation areas and ease of use, not to mention the growing attention to environmental issues related to the use of lithium batteries. In this project, we have concentrated the best of our technology developed so far, further improved, without neglecting the design and, of course, quality materials. But I don’t want to say too much just yet!”